Yves Adamson is considered by many in North Carolina to be the father of the genital identification industry. He was born and raised on a nice street in a nice suburb of Raleigh. While he was attending Chapman College in 1977, he was struck by the haphazard approach and inefficient methodologies of the then-current state-of-the-genital-art. He founded Adamson Inspection Solutions to meet the burgeoning demand he found for his streamlined services and respectful manner of operation. Since then, his leadership has steered Adamson into the leadership position in the e-identification space as well, with the introduction of the Geniscanner automated genital scanning system.  He lives on a cul-de-sac with his wife, four children (all of whom have strong gender values like their father), and two cats. 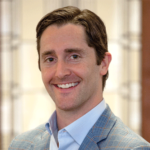 Rupert joined Adamson in 2012, after the successful acquisition of GeniTech by Adamson.  As CEO of GeniTech, Rupert oversaw all Research and Development for the product that would eventually become GeniScanner.  Rupert has been fascinated by the GIS space ever since he was a long-haired blond boy, who was frequently mistaken for a girl.  A thought leader in the e-identification space, Rupert spoke at over 200 universities and conventions last year, and delivered the keynote at GeniCon 2010, 2012, and 2014.  He will be delivering the keynote again in 2017, with the theme “Horizons in Identification:Edge Cases move to the Center.” Rupert lives in Durham with his wife, two dogs, four parakeets, six bunnies, and three long-haired blond sons that are all certified 100% male.

Mavis comes to Adamson from the Pacific Genital acquisition, where she was Chief Counsel and Privacy Officer. At PG, Mavis was responsible for creating the PGScan system, which was so effective at optimizing their privacy throughput that PG began selling (and Adamson will continue to sell) the PGScan system as a separate standalone offering.  Mavis holds a Masters in Technical Writing from Broderbund University.  She lives in Charlotte with her four cats, and enjoys cycling to work every day. 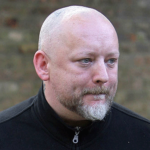 George was a co-founder of Adamson, and currently oversees all government reporting and Geniscanner calibrations. He met Yves while they were both volunteering at the Abused (Confirmed) Women’s Shelter of Raleigh. He holds a BS in Statistics from Wellesley College, and a MFA from Julliard.  He is single, and lives in Prospect Park with his two French Bulldogs.